Since the 1890’s, Schuyler has been the soapstone capital of the world, mining and shaping talc-rich steatite into products both useful and beautiful. Schuyler remains the only active soapstone-quarrying area in the U.S.

Soapstone exists in only a few places in the world, among them Alaska, Brazil, Finland—and Central Virginia. For more than half a century, it was the reason and livelihood for the community of Schuyler.

Soapstone is a metamorphic rock composed mostly of talc and magnesium. It is dense, solid gray, and non-absorbent; resistant to both acids and bases, electrically neutral, and heat-retaining. It has a soapy-feeling surface and is easily carved. Such qualities made it a useful material for laboratory countertops, laundry tubs, film developing tanks, electrical backboards, telephone switchboards, stair treads, and other architectural features.

There were some 90 quarries in the area. Six of those—now appearing as two rock-sided pools of water (each about an acre in area and 30-45 feet deep)—are central to the Quarry Gardens. It is estimated that some 800,000 tons of soapstone were removed from this site, and 600,000 tons of quarried stone discarded here.

Quarry wall and examples of native plants and animals that regenerated naturally. 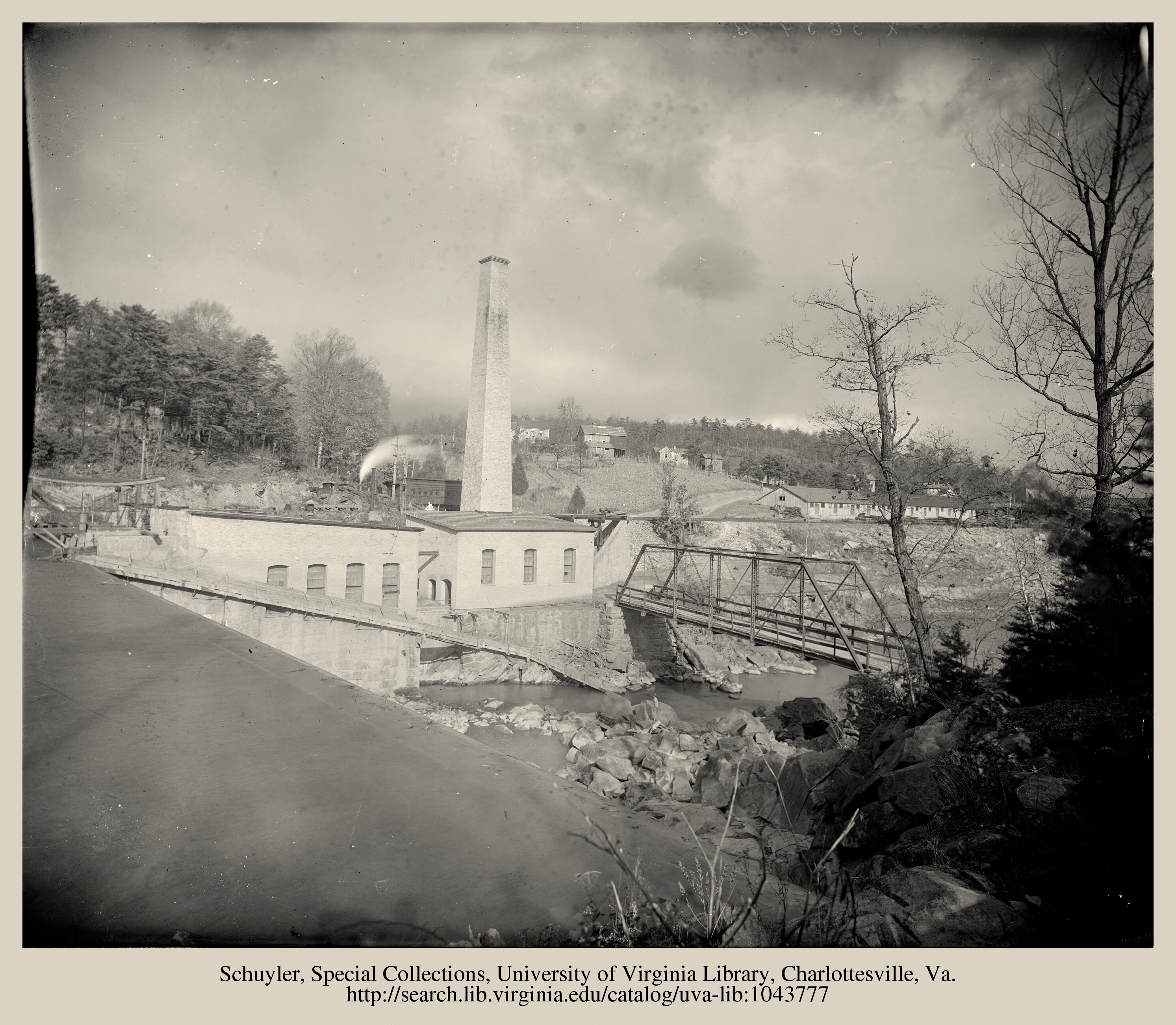 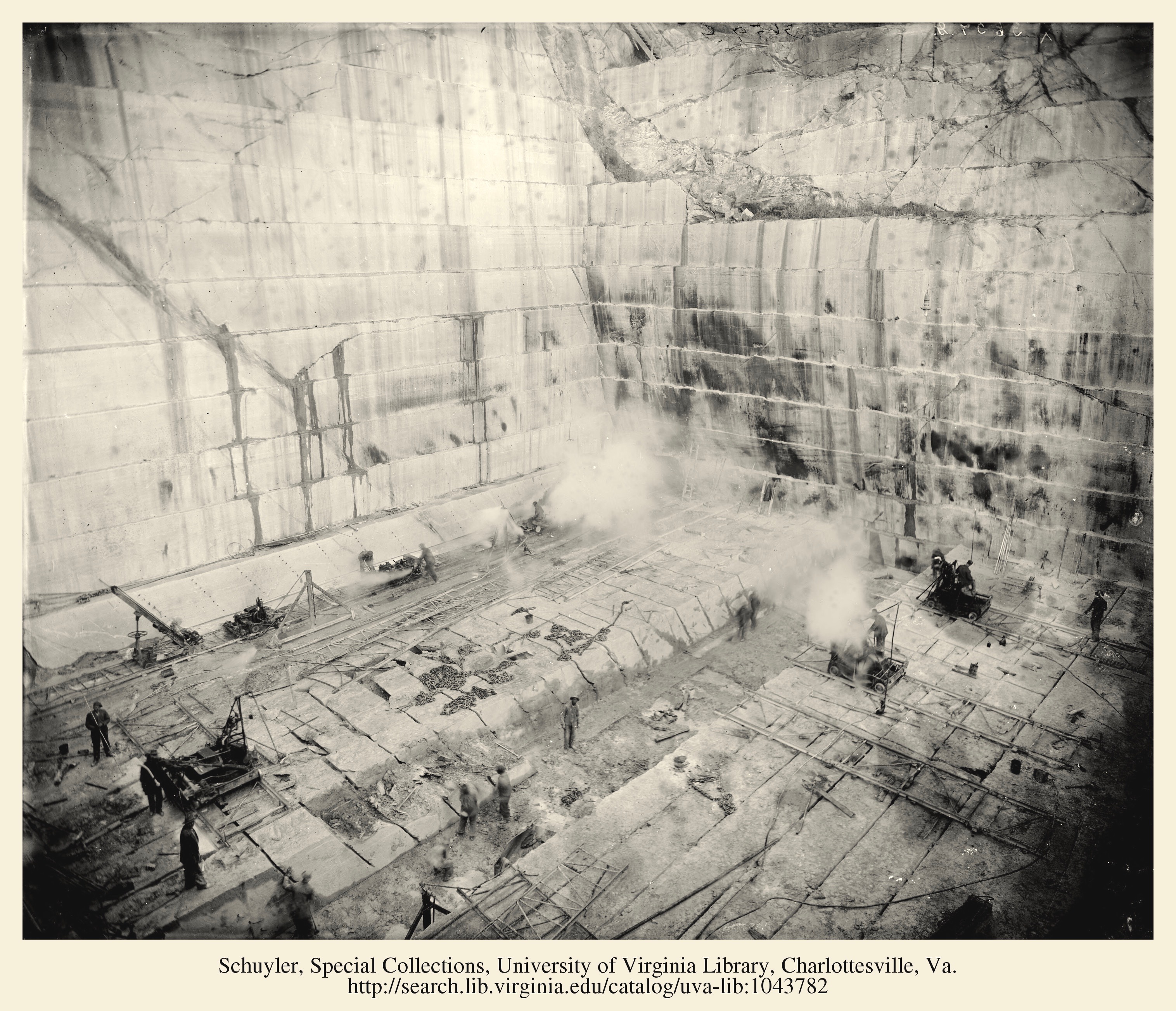 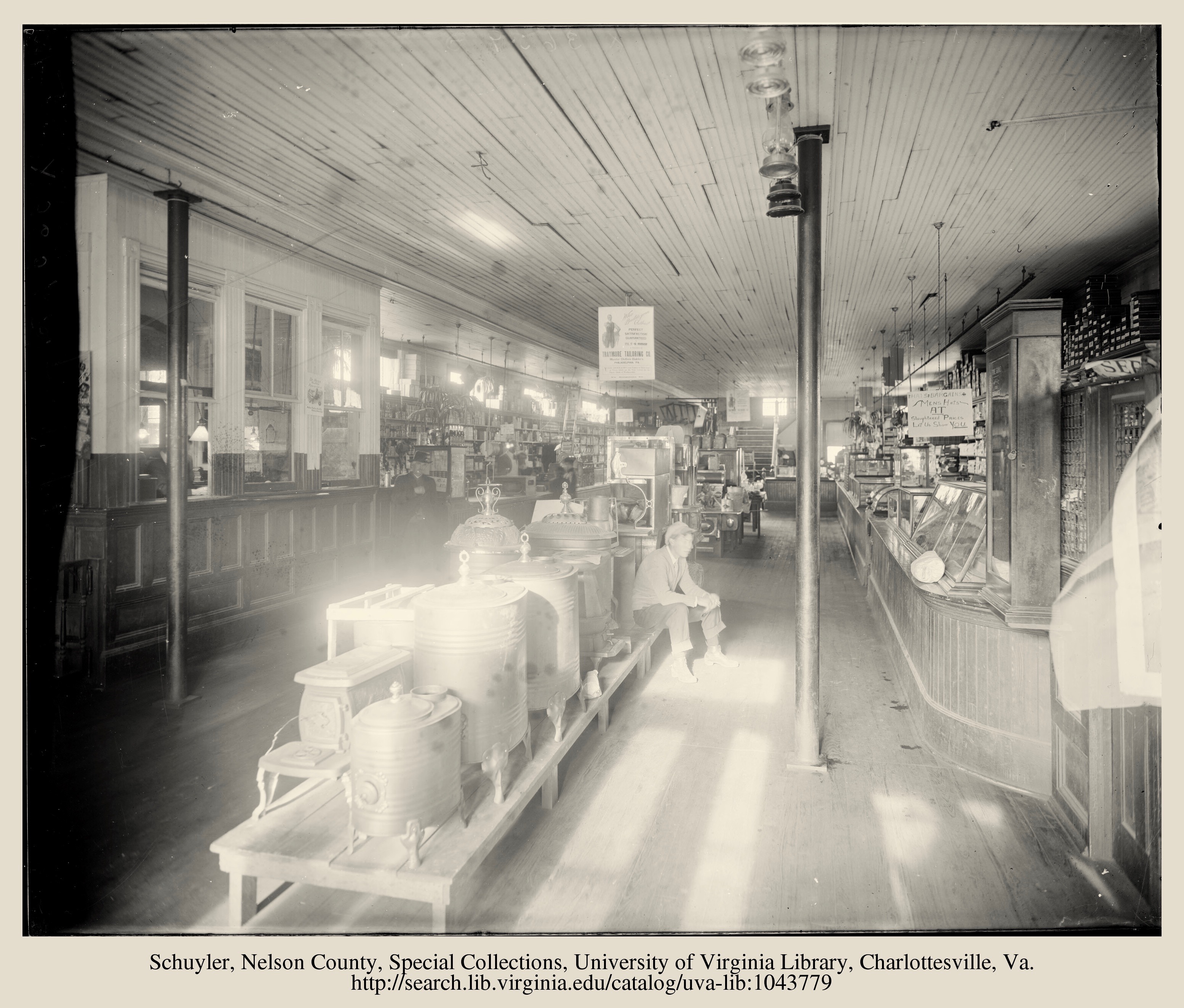 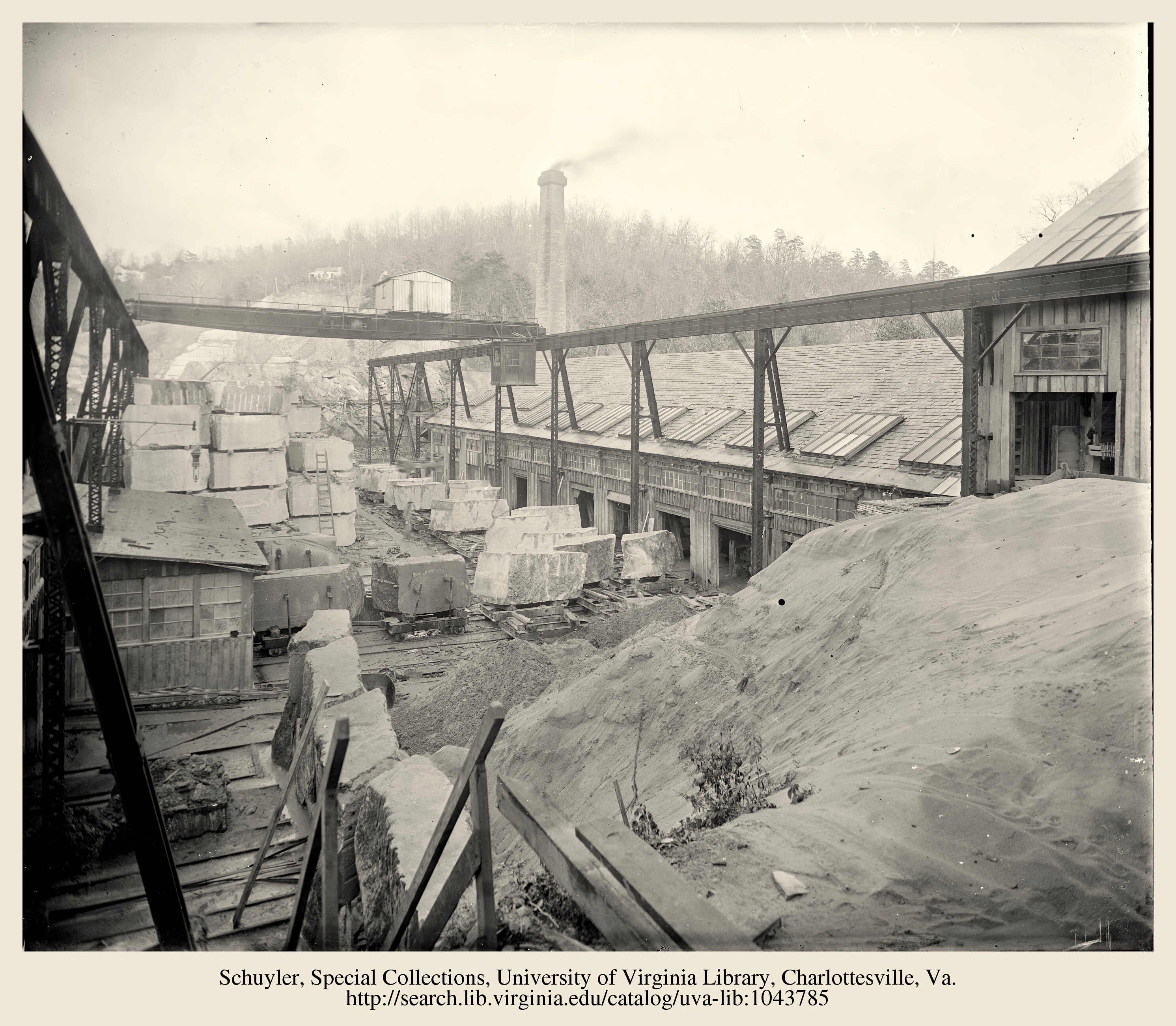 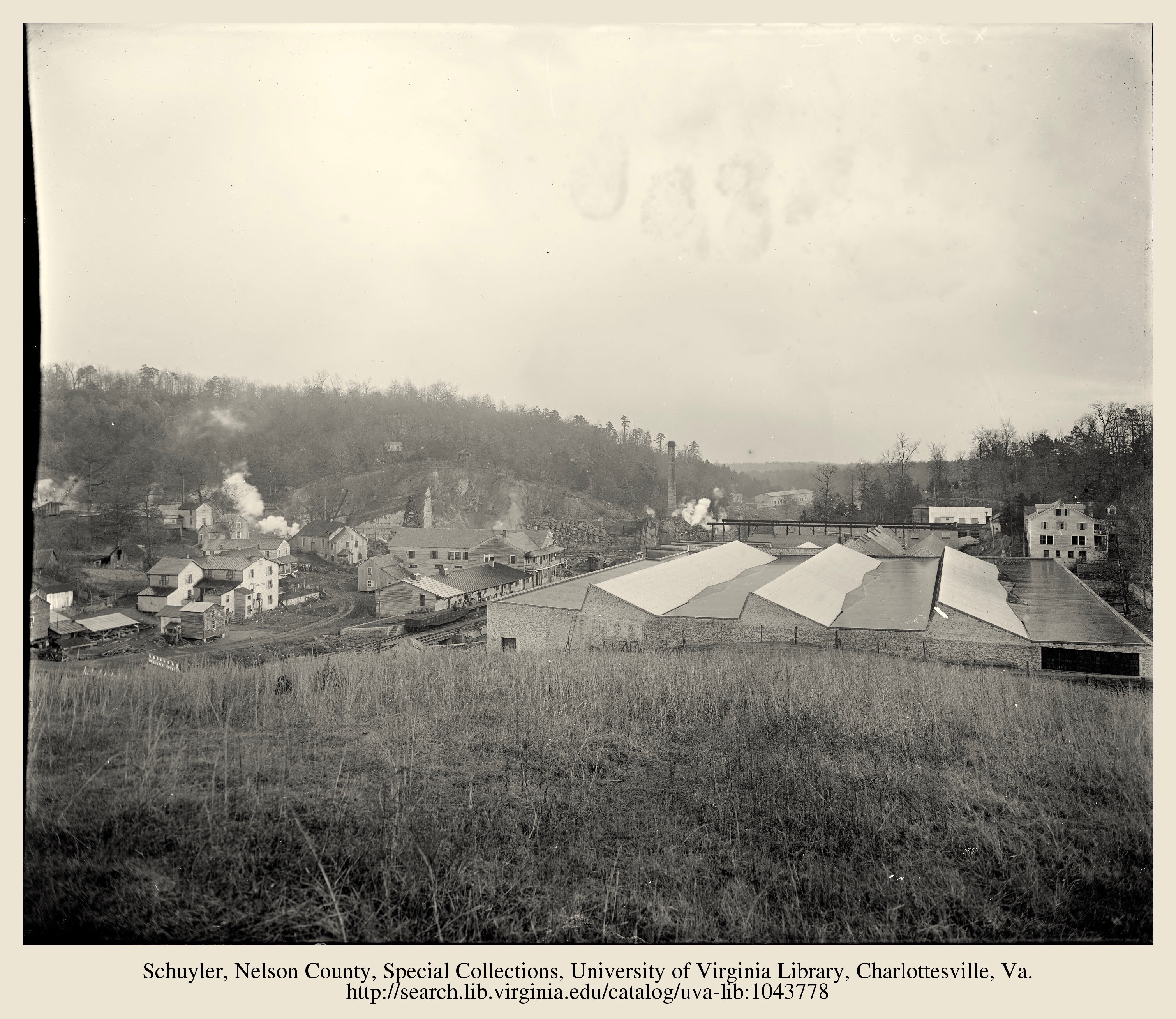 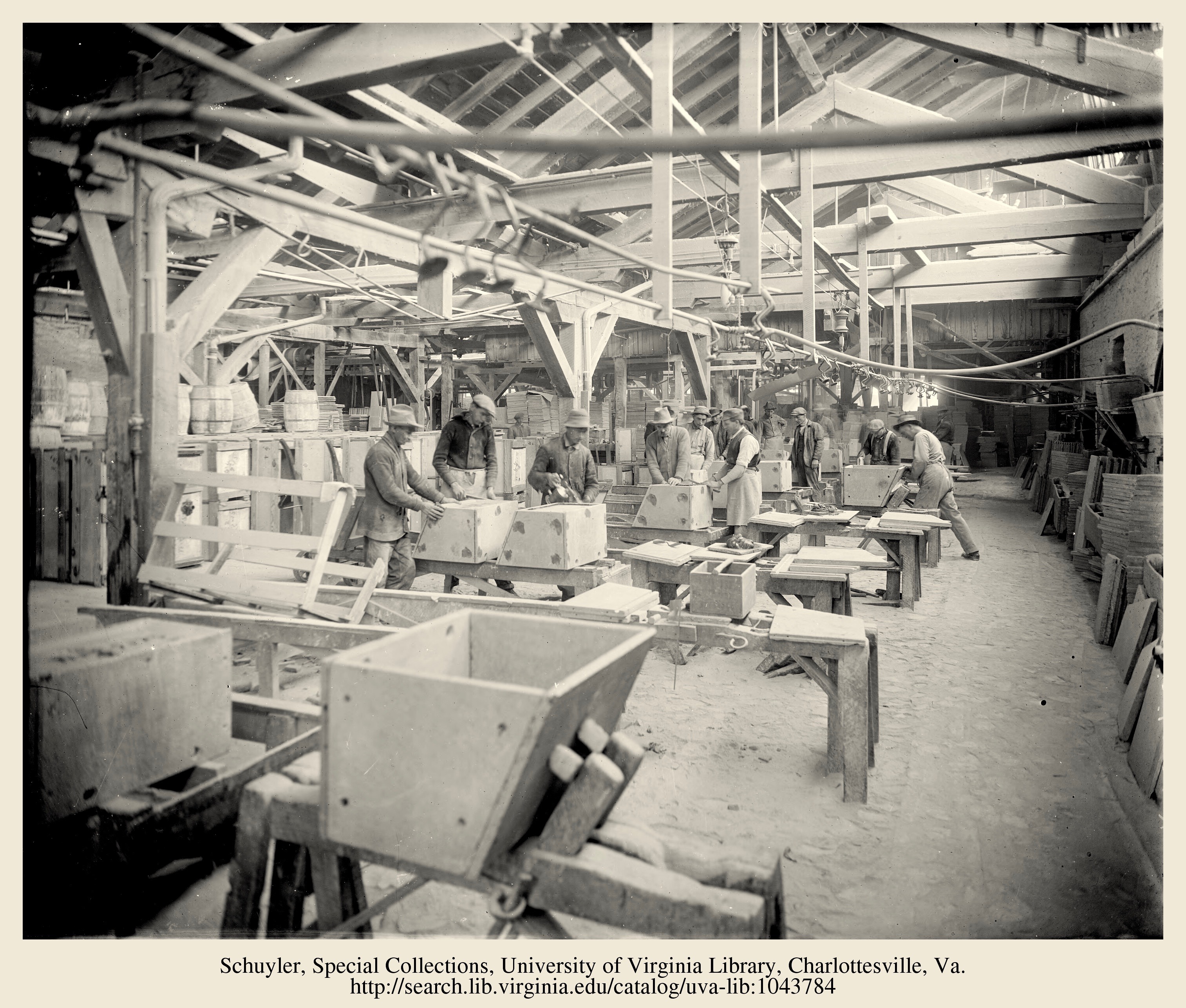 A few artifacts of the quarrying process are visible on the quarry walls and along the trails—including mountains of soapstone blocks, now colonized by plants and animals.

Exhibits in the Visitor Center illustrate the history of the soapstone industry in Schuyler, and include samples of rocks and artifacts found on the site as well as an operating model of the 17-mile long Nelson and Albemarle Railroad, which transported stone and  products from the plant to the Southern and the Chesapeake & Ohio lines. The Quarry Gardens Foundation also holds a small library of books about the local soapstone industry.

As a repository for Virginia soapstone history, we hope to collect more information and artifacts as they are made available to us.