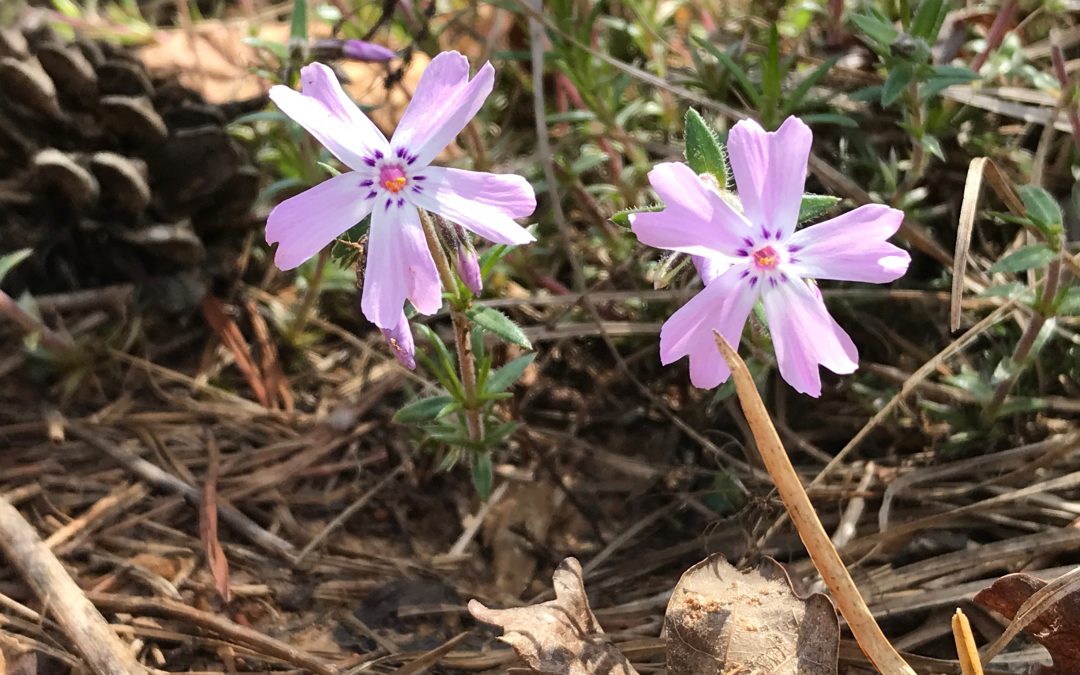 It’s getting towards the end of April, but the earliest spring ephemerals are just now blooming.  We’re seeing Spring beauties, Virginia bluebells, Toadshade trilliums, Hepaticas, Rue anemones, Solomon’s seal, Bluets, several species of Violets, Golden ragwort, Spicebush, and Marsh marigolds. The featured photo is of some of the lovely Moss phlox near the starting trail.

Around the gardens, 35 “locator disks” have been installed, such as the one below at the Quercus Circle, to help visitors orient themselves to the trail map they can pick up at the Visitors Center. There are also two new exhibits up on the walls, but you’ll have to visit to see them. 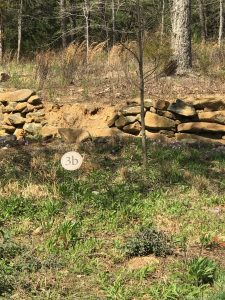 Under the portico at the Visitors Center are two nice benches (of the now 13 around the quarries). A number of folks have found them a nice spot to have their bag lunch before or after a tour. The one on the right, of red maple, has been sponsored by the Piedmont Master Gardeners Association to honor Bernice, who was their president for a couple of years. 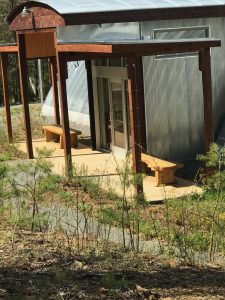 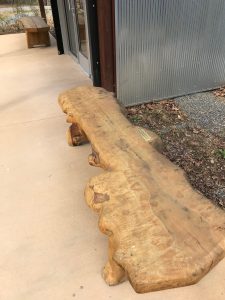 It now bears a plaque recognizing their gift. 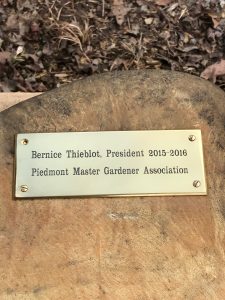 In the lobby of the Visitors Center is an interesting artifact of quarrying times, a large cast-iron pulley wheel that once powered some large piece of belt-driven machinery, made into a coffee table. 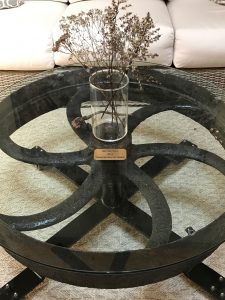 This was given to us by neighbors and long-time friends Charles and Mary Roy Edwards, and a plaque now notes their gift. 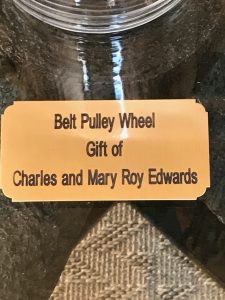 And down near the second bridge, where the picnic grounds are found, is a beautiful octagonal table. (Sorry for the background: it’s still mostly winter around it.) 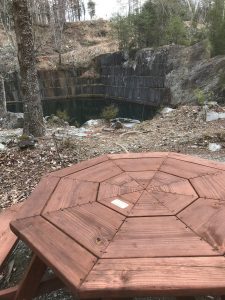 This was made by Forrest McGuire, lead contractor on the Visitors Center, and given to us, so there is now a plaque noting his gift. 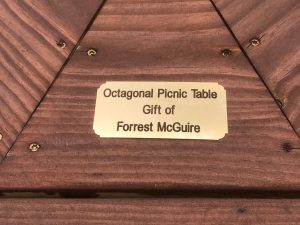 The reason for pointing out these things is that many naming opportunities exist—everything from benches to trails to overlook sites to the Visitors Center, itself—for anyone who might be interested in becoming a benefactor at a level above that of “Friend of the Quarry Gardens.” Contact us, and we will cheerfully provide details.