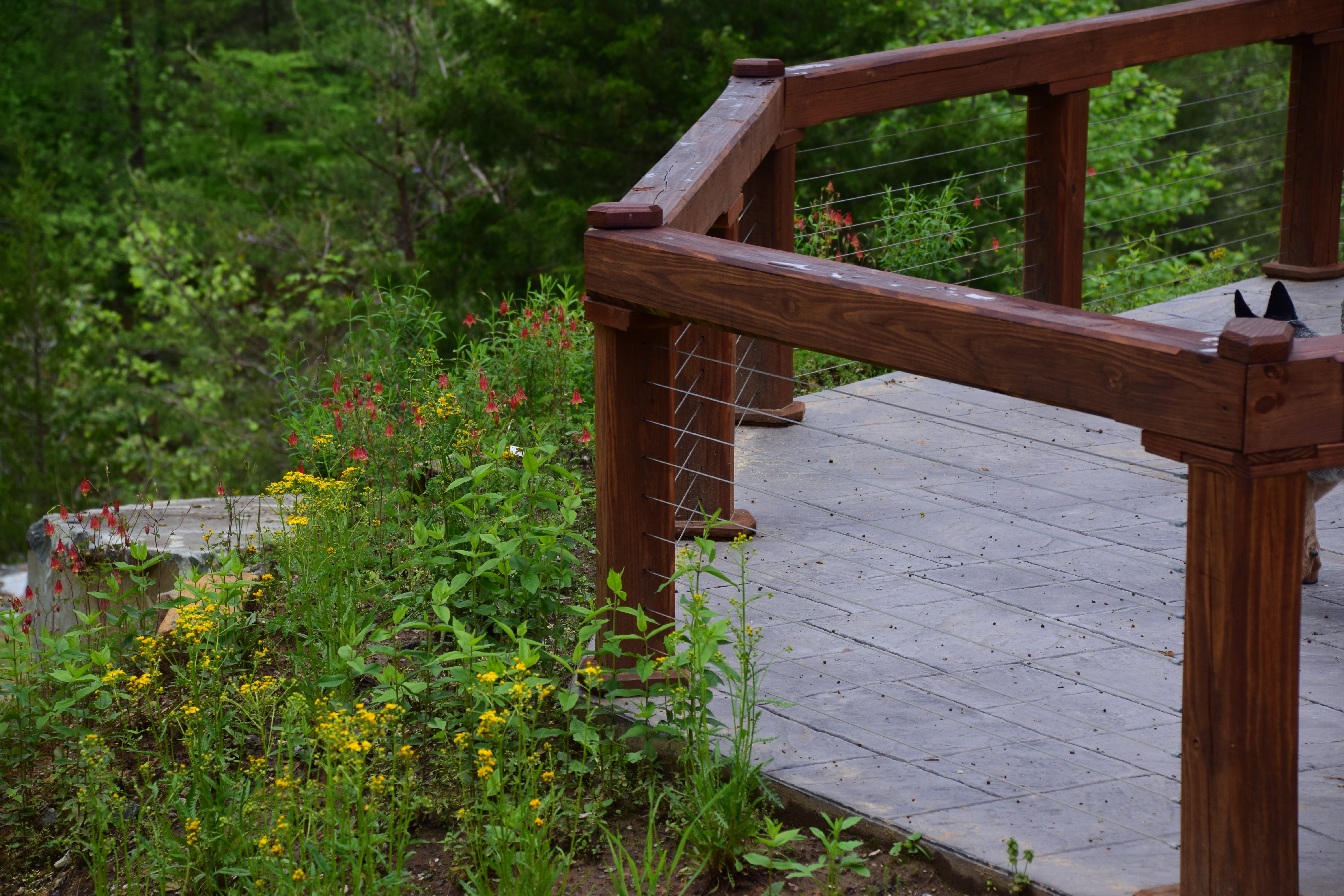 Despite the almost continuous rain of the past 20 days (or perhaps even because of it), the plantings set last year have begun to show, like those in the featured picture next to the viewing platform. But please gods, enough is enough.

Last Monday, Rachel and her crew installed nearly a thousand more plants—and discovered some interesting natives: A suspected Sisyrinchium Albidum, white blue-eyed grass (never before seen in the Piedmont); Smilax Bona-nox, fringed greenbrier, having  mottled leaves with prickers around the margins (a Nelson county first for a plant that is rare in the inner Piedmont); and a growing colony of Mountain Bellwort. 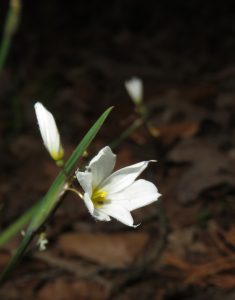 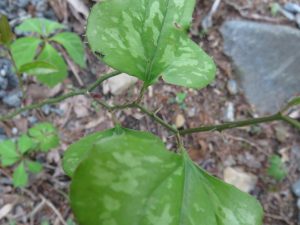 On Tuesday morning, pouring rain slowed to a patter just long enough for the crew from PBS station WCVE/WHTJ’s Virginia Home Grown to film host John Thompson interviewing Armand and Bernice at the Quarry Gardens. On May 31, we’ll take a few plants and a soapstone sample to the studio in Richmond for demonstration in their Garden Shed. We’ll also answer questions from viewers. The show will be broadcast live that evening at 8 pm. Tune in then—and call in your questions (not too hard, please). 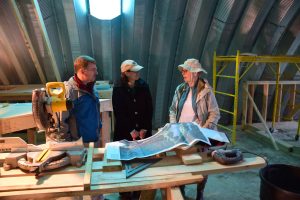 Thursday was much better—cool and overcast—for a preview tour by twenty Fluvanna County Master Gardeners and friends, who held their monthly meeting and ate lunch in the Quonset hut’s unfinished classroom before hitting the trail. 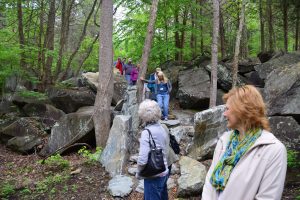 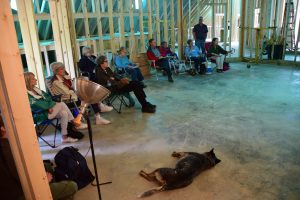 Expect news from the herpetological survey and the national meeting of the National Association of Public Gardens next time.