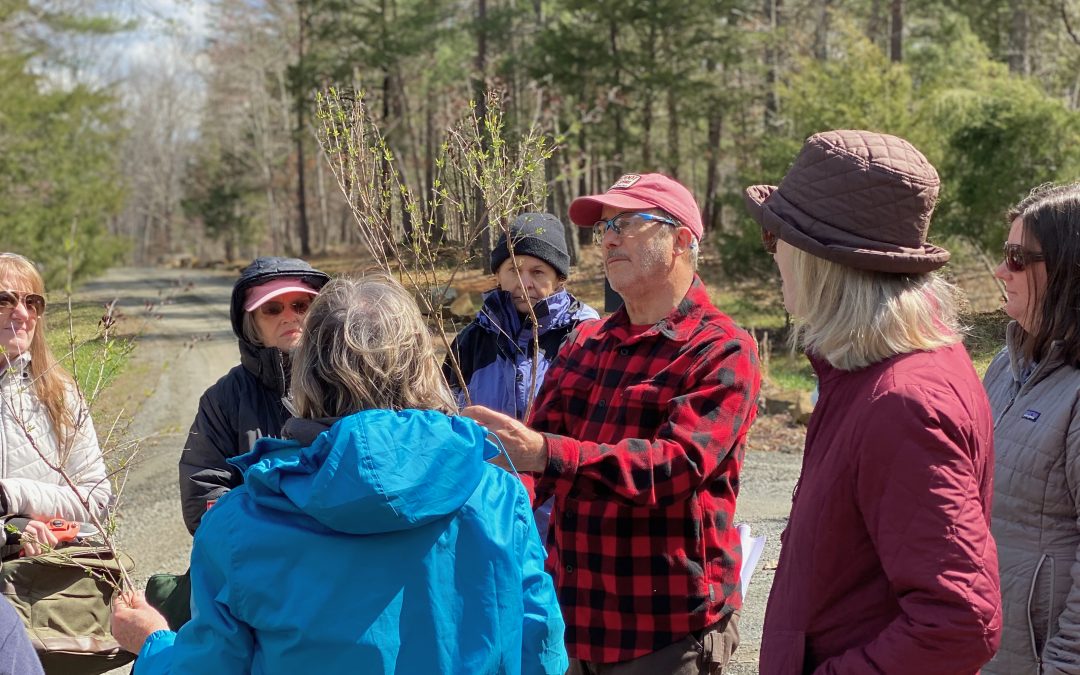 On a blustery Saturday morning in March, Ron Fandetti led a training class lab for Extension Master Gardeners of Nelson County at the Quarry Gardens. The topic was woody plants and how to prune them.

The featured photo shows the group examining the branching structure of a Shrubby St. John’s wort, which can be pruned now as it blooms on the season’s new growth. Arrowwood viburnum, Silky dogwood, and Paw paw were among other specimens they found to study around the QGs parking islands.

At the end of the three-month course, these students will be interns, candidates for certification as Master Gardener volunteers—ready to share their knowledge in their communities.

Ron, a former president of the Nelson unit, regularly volunteers at the QGs, which is an approved project of both the Nelson and Albemarle County Master Gardeners, as well as the Rivanana and Central Blue Ridge units of Master Naturalists. These volunteers earn hours of credit with their extension units as well as toward QGs membership.

QG volunteers meet one morning each week to work with our consulting horticulturalist from the Center for Urban Habitats. There’s plenty to do and much to learn. Those interested in joining the party should contact Bernice at bernice.thieblot@gmail.com. 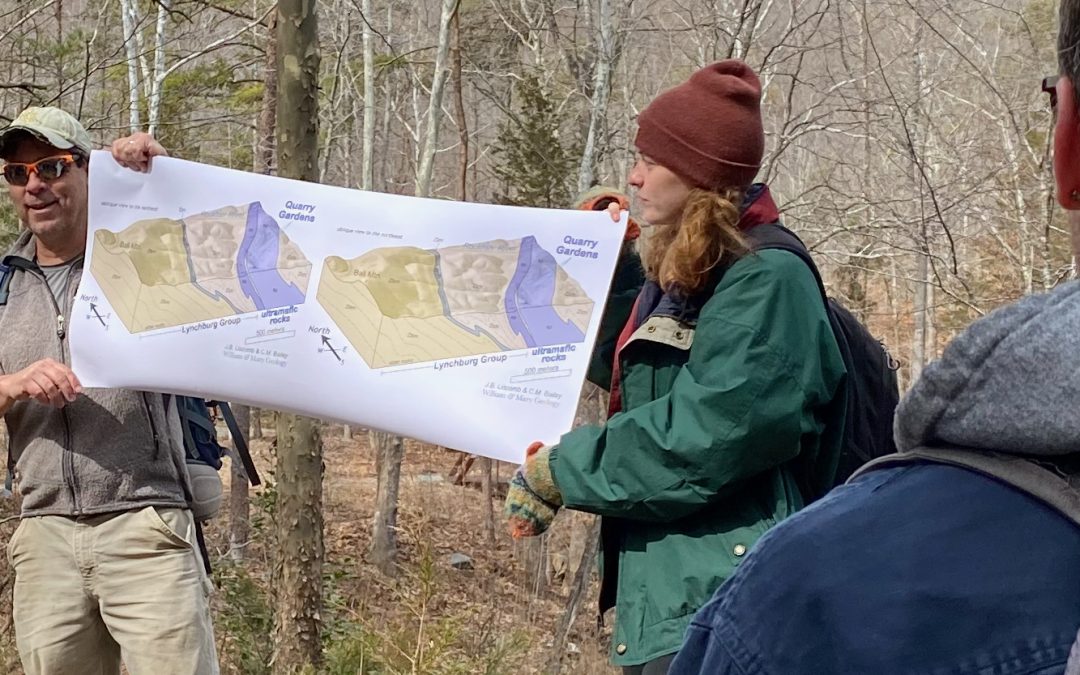 Looking Under the Gardens

We greeted the year’s first group of visitors at the end of February when the Department of Geology at The College of William & Mary made a field trip to Schuyler locations of last summer’s 3D mapping project.

The tour was led by  Department head Chuck Bailey and the “Schuyler Sisters,” graduate students who made up the research team.

One of the Sisters, Bel Liscom, is with Chuck in the featured photo.

Chuck will be back in September for a public presentation of the study and the geologic maps. At the same time, The Quarry Gardens will debut a new  exhibit in the Visitor Center, product of a collaboration between the W&M geologists and Devin Floyd of the Center for Urban Habitats.

What would a field trip be without a group photo to record it?

The W&M project is being funded by a grant from the U.S. Geological Survey and by Polycor Corporation, owner of the Alberene Soapstone operation in Schuyler.

The Schuyler Sisters’ blog may be found at https://wmblogs.wm.edu/sgtresearch/we-are-the-schuyler-sisters/