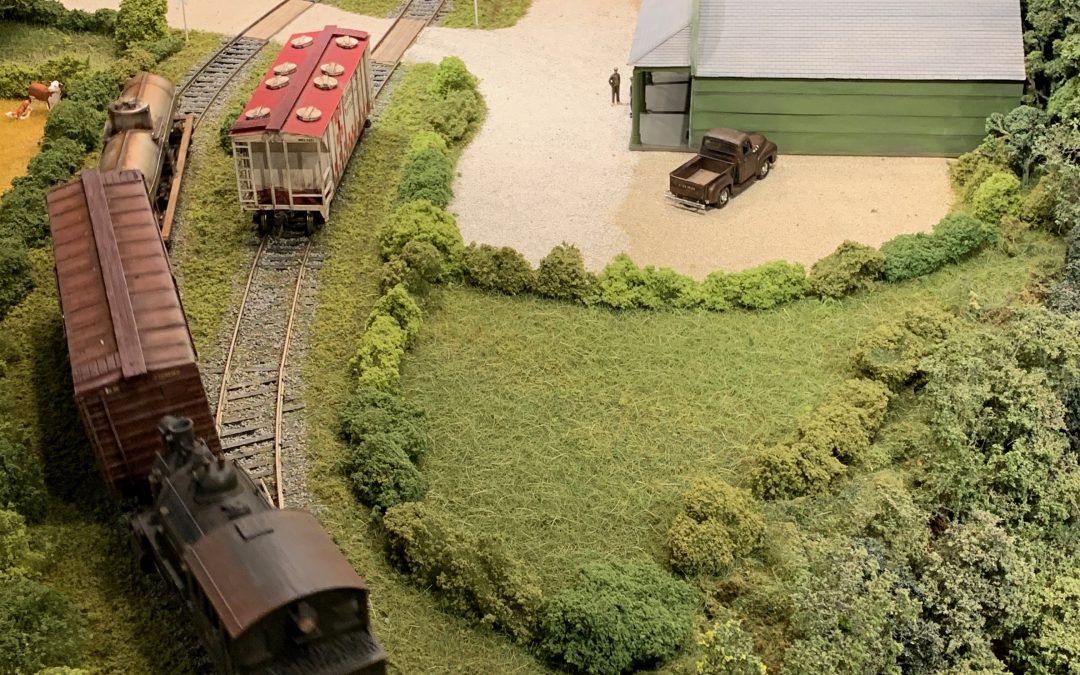 The N&A Is Up and Running

The development of the Nelson and Albemarle Railroad model has been three years in the making, and although still not quite finished, it’s up and running for the entertainment (and elucidation) of visitors to the Quarry Gardens.

The original intent was to have four bays at the Visitor’s Center devoted to the model: Rockfish Junction would be displayed in the westernmost bay, as seen in 1925; next, the stone plant in 1935; then a representative quarry in 1945; and finally the village of Esmont in the easternmost bay, as seen in about 1955. During the long incubation period (two years), we came to the harsh realization that we had too much space in the Visitor’s Center devoted to the railroad model and not nearly enough devoted to bathroom facilities, which led us to cut the railroad down to two bays-worth: The first, as seen below, has both the stone plant and a representative quarry (of indeterminate vintage but about 1935).

The second bay is devoted to the little town of Esmont, with its bank, store, and train station, in about 1950.

Detail number 1, below, has the later, diesel engine and a bit of the goings-on at the factory.

The final detail is of the engine, itself. You might notice that the lettering misspells “Albemarle” as “Albermarle” on the railroad’s name. We are told it ran all (or most) of its life that way.

Notice, also, that the engine is running backwards. That’s because the N&A had no turntable, so could not reverse its engine, which always pointed west and so had to pull backwards when traveling east.

(I made some nice little movies, but I can’t for the life of me figure out how to upload them to WordPress. In any event, the model is not quite fully finished. The consist–that is, the makeup of cars–of the train is not quite right: So far, for example, we have been unable to find a proper passenger car. Although boxcars were sometimes pulled, the train ran mostly with engine, passenger car, flatcar, and caboose. Stay tuned: we’re searching. Better yet, come visit and see for yourself.)