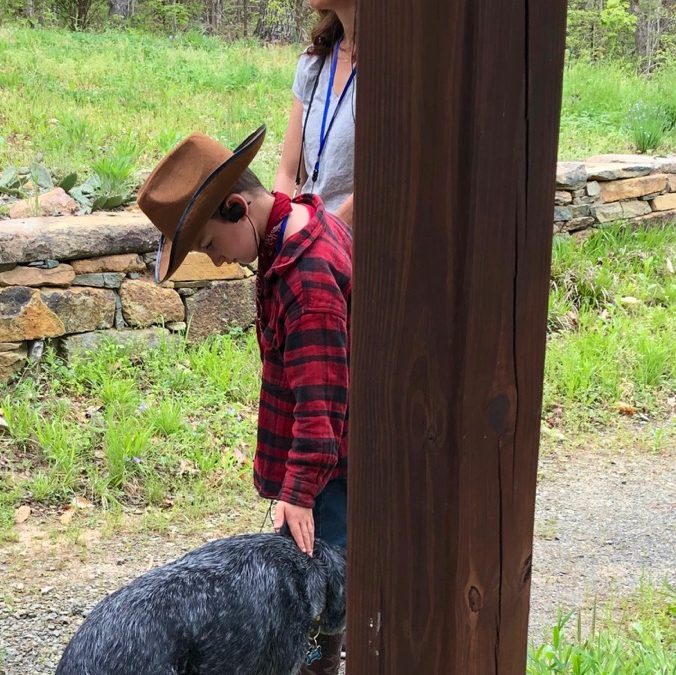 School Along the Trail

This has been a week for young visitors. On Monday, six of a Madison County High School Environment Studies class, along with teacher David Matchen, spent Earth Day with us. They had two assignments: to gather ideas for final papers on habitat creation, and to help us eradicate a big patch of Japanese honeysuckle along the East trail. (In the feature photo, above, we have quarry dog Skyla making a new friend. So happy to have volunteers—Bobi, Mona, and Cora Chlebnikov—to help guide.)

After the walk and lunch, the students set to work on the honeysuckle, finding in the rock pile off the East trail a large, blackened half-rotted pair of work pants and rusted springs from a mattress—legacy of the site’s years as a dump. As a conservation area, the East trail is getting only clean-up—no planting. Many interesting species have been found there; we’re glad they’ll have less competition from the honeysuckle. A similar effort last year with Garlic mustard seems to have been effective: Only three plants found (and pulled) this spring.

On Wednesday, 48-49 (we lost count) HEMS homeschoolers aged 18 months to teens, along with moms, joined us for a walk. 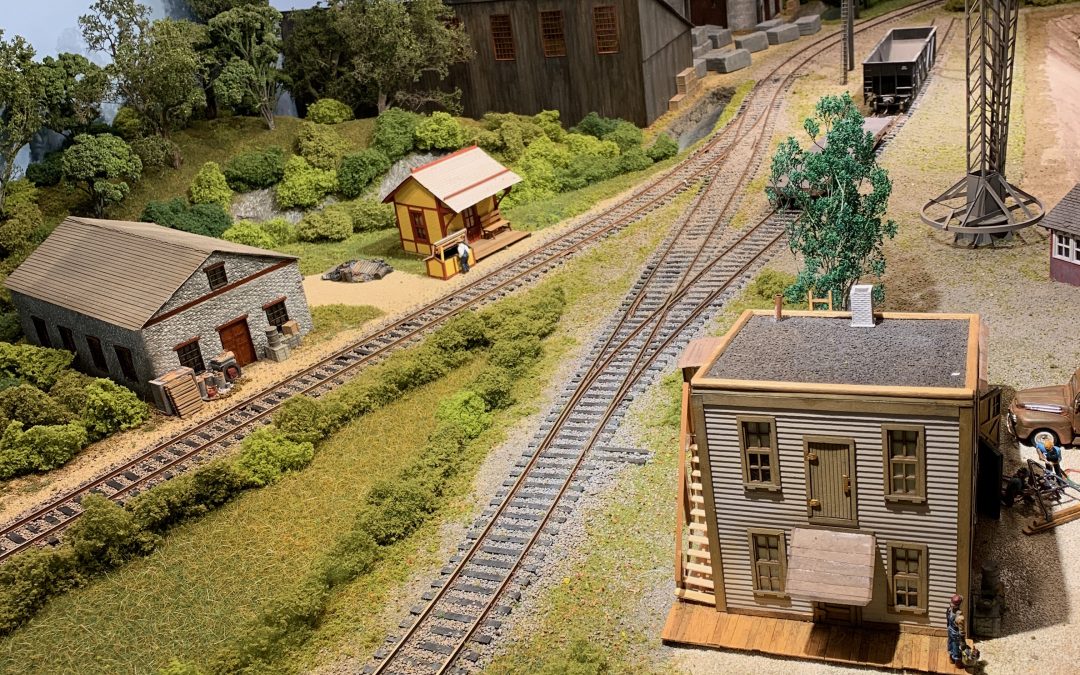 Today was the opening day of the 2019 season of the Quarry Gardens—our third. It rained, of course, but eight of the seventeen souls who had signed up for the tour came with their umbrellas and rain gear, and seemed to have a good, if soggy, time walking the trails newly covered with fresh wood chips, gawking at the early risers of the spring ephemerals.

A bright spot for the new season is that a couple of important modifications to the Visitor’s Center were completed in time for the opening. Visitors during the first two years were introduced to an unfinished  model of the Nelson and Albemarle Railroad that had to be explained as a “work in progress,” which they would have to return to see completed. This winter we decided we had to modify and compress the display anyhow to provide  some much needed additional bathroom space, so we reduced it from four bays to two and, mirable dictu, got those two bays furnished and completed in time. The layout now comprises one bay depicting the New Alberene Stone plant along with a representative quarry, and a second bay depicting the village of Esmont, through which the N&A ran on its way to the B&O junction at Warren.

In the first picture are (from left to right) the steam powerplant, several auxiliary buildings, a great hoisting crane lifting blocks of soapstone from a quarry to place on a flatcar, and the plant, itself, where the blocks were slabbed and fashioned into laundry tubs or laboratory countertops, or whatever.

The second picture shows the same scene from a lower eye level, emphasizing the track layout.

The third picture shows the village of Esmont in the other bay, depicting the B&O-standard train station (now gone) with the bank in the background (now the post office and apartments) and the general store to the right (now vacant) .

The last picture is of the siding system used to get the engine from one end of the train to the other so that it would always be pulling the cars, although the engine itself would be running backwards in one direction. (The N&A had no roundhouse.)

Apologies that there is no actual train shown in these pictures. That’s because it is off being weathered for authenticity.

Go to the visit page to sign up for a tour to see these new displays and what nature has to offer along the trails. If previous visitors are to be believed, it’s worth it.