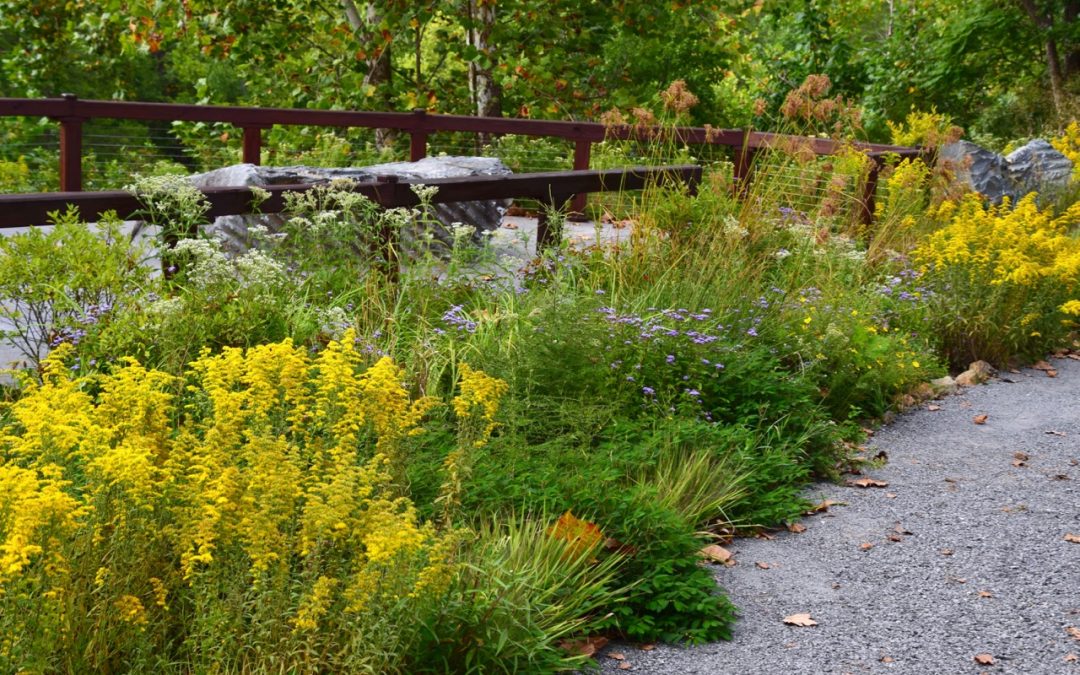 Fourteen species of Goldenrod grow at The Quarry Gardens, and most of them are blooming right about now. The featured image pictures a fine show of Gray goldenrod along the road at the quarry overlook platform.

North America is the world’s center for goldenrods with about 100 native species. Not surprisingly for such a large family of similar plants, they can be difficult to distinguish. In a timely move, Devin Floyd and Drew Chaney, of the Center for Urban Habitats, have created a user-friendly key to identifying those at the Quarry Gardens. Their key clusters the 14 species into five groups based on the shapes of their flower heads, and then goes into the details of leaf shape, stem hairiness, etc., each ending with a positive identification of one of these:

The key may be found printed at the QG’s Visitor Center, or here:  Key to the Goldenrods (Solidago) of Quarry Gardens Not being especially skilled (or patient) with dichotomous keys, we’re still mystified by several of these, but here are photos of some easy ones: 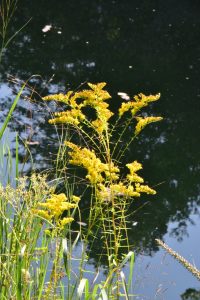 Sweet goldenrod has leaves that smell like anise. It may be found in the meadow by the Visitor Center and the North Quarry waterside pollinator patch, among other places.

Silverrod might fool you you didn’t know that there is one white-flowering species of goldenrod.  It may be found along the pine needle pathway to the overlook platform. 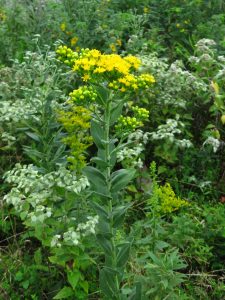 Stiff goldenrod may be found in the Demonstration garden by the Visitor Center. 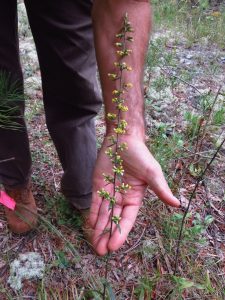 Devin found this Slender goldenrod along the road by the South Quarry. 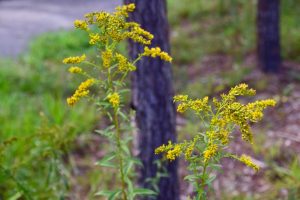 Pineywoods goldenrod volunteered—where else?—in the pinewoods along the path from the Visitor Center to the quarry overlook. 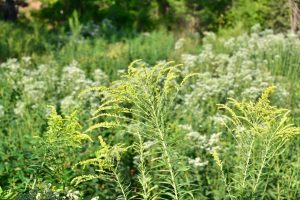 Showy goldenrod frames a view of the prairie that now covers the site of the first (middle) quarry. It is also among the 69 species planted or seeded into that prairie.

A few facts about Goldenrods:

Addendum, 9/16/18
In spite of Devin’s key, which I (Bernice) didn’t read carefully enough, I  misidentified two goldenrods in the previous blog. The one I called silverrod is actually boneset. Here are his photos of Silverrod, Solidago bicolor, 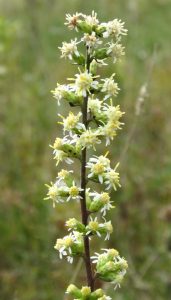 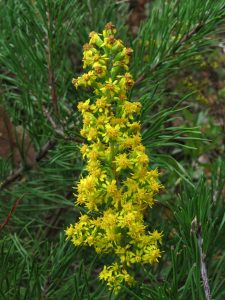 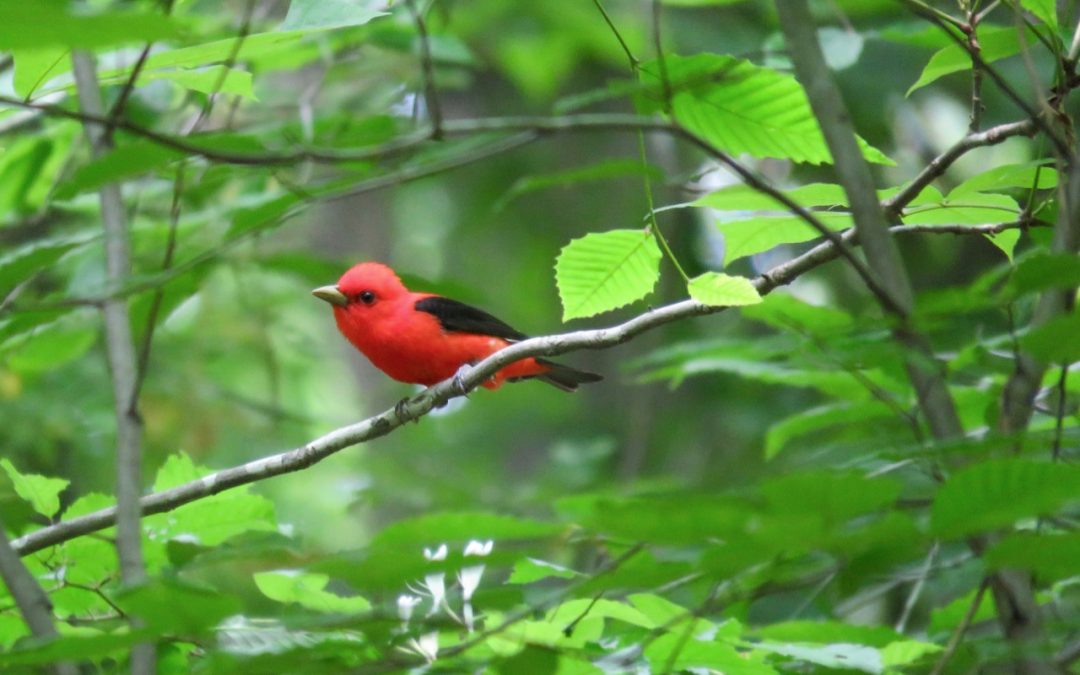 Ezra and Theo Staengl know birds. They also know the Quarry Gardens, having walked here often and supplied images and text for the Visitor Center’s digital photo exhibit Birds of the Quarry Gardens. Here they are (at another site). 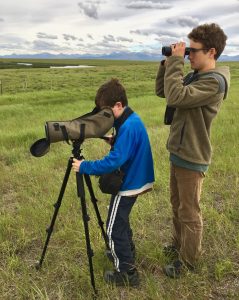 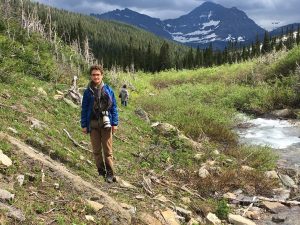 So far, our 40-acre site has yielded sightings of 75 species, including the Scarlet Tanager in the featured photo, and the Indigo Bunting, below. 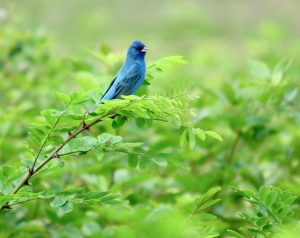 On Thursday, September 13, Ezra will lead a two-hour walk to observe year-round and early fall migrating birds, starting at 7:30 a.m. at the Visitor Center. To join him, sign up online at quarrygardensatschuyler.org/visit. The event is limited to 12 participants.