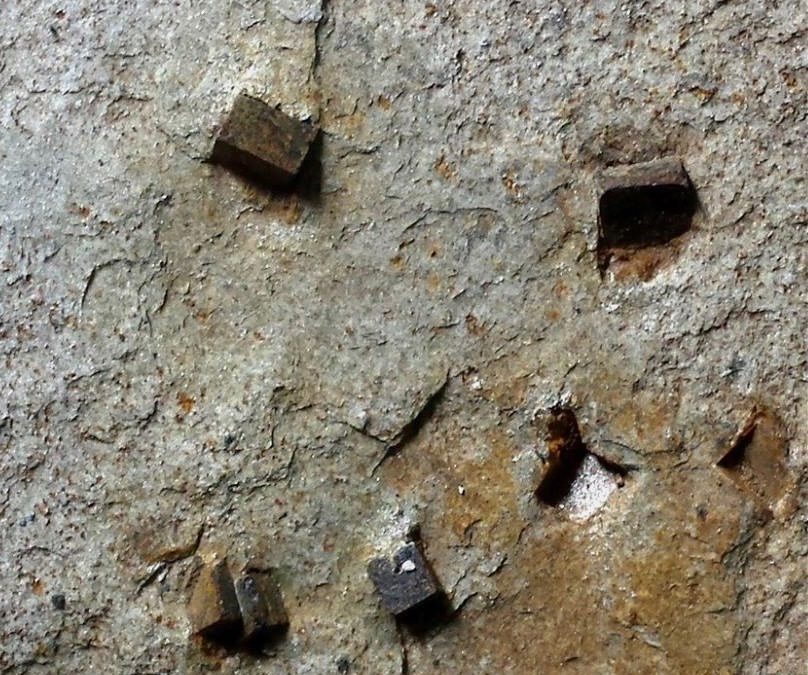 Devin Floyd, whose Center for Urban Habitats team has surveyed the QGs existing biota and planned the gardens over the past two years​, has along the way found rocks that help to explain our peculiar horticultural experience. A geologist by training, he plans an exhibit of rock samples for the Visitor Center. 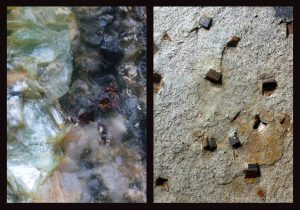 The sample pictured on the left—composed of magnesium plus iron silicate and calcium carbonate minerals—was found near the quarries where the soil pH is 7.5-8 (alkaline). The sample on the right is an example of ferrous silicates, with “jack rocks” or “devils dice” emerging from the matrix; it was found just east of the quarries where nutrient-poor soils with pH 4.5-6 (acid) are more typical of the Charlottesville formation. (Both areas are “ultra-mafic” formations, characterized by metamorphic rocks with very low silica content, and rich in minerals.)

As the rocks make the soil, such extreme variation in geology creates the potential for a great diversity of plants and animals—one reason we’re up to more than 580 species, and counting.

In other rockin’ ​news, last week’s Nelson County Times article announcing the Quarry Gardens’ public opening has made the rounds of other News & Advance-associated newspapers including the Charlottesville Daily Progress and the Waynesboro News Virginian. The web version of the article is here: http://www.newsadvance.com/nelson_county_times/news/quarry-gardens-in-schuyler-open-to-public/article_ec04bcc5-ae93-5ef8-9d95-3bed491d3c86.html 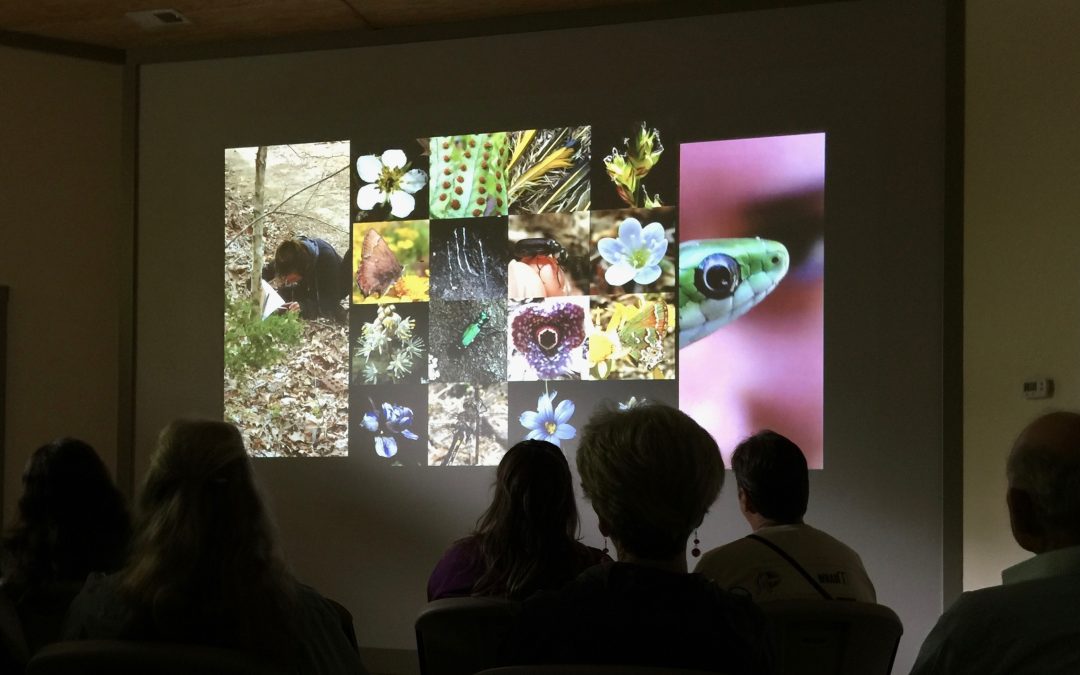 The Nelson County Historical Society’s tour of historic homes and properties—featuring six Schuyler sites—had us so busy Saturday we failed to take photographs. The featured photograph is of some of the visitors watching the introductory video in the Visitors’ Center, and the photo below of Armand and volunteers at the guide orientation on a prettier day than we had for the tour. 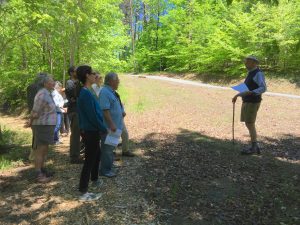 Despite early morning rain and cool, cloudy conditions all day, upwards of an officially estimated 175 or so visitors participated​ in six guided walks and several mini-walks along the main Quarry Gardens trail. We spoke with many who came from far away, making the tour an occasion to re-connect with family, friends, and places in Schuyler.

Our thanks go out to all the guides who helped us—Carol Dworin, Mary Hanna, Bev Hovencamp, Robert and Susan McSwain, Glenn Picou, and Richard Velletri—all either Master Naturalist or Master Gardener volunteers. Also, thanks go to the historical society volunteers who organized the day, directed traffic, and sold tickets. The biennial tour is the society’s principal fundraising event, and it seems to have been a success.

In other news, birders Ezra and Theo Staengl (aged 13 and 10), accompanied by their mother, Joanna Saladis, on a recent two-hour morning walk spotted 126 birds of 32 species around the Quarry Gardens. Their finds included both scarlet and summer tanagers, a flock of 30 cedar waxwings, 17 yellow-rumped warblers, and 10 blue-gray gnat catchers, among others. A few were new to our survey of biota, bringing the record up to 67 species of birds. 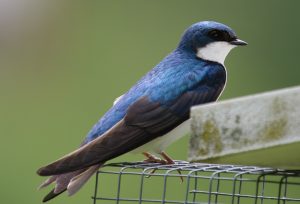 Overall, 584 legacy species—plants, animals, insects—native or not—have been recorded at the Quarry Gardens, and in the eco zones an additional 96 native species have been added.