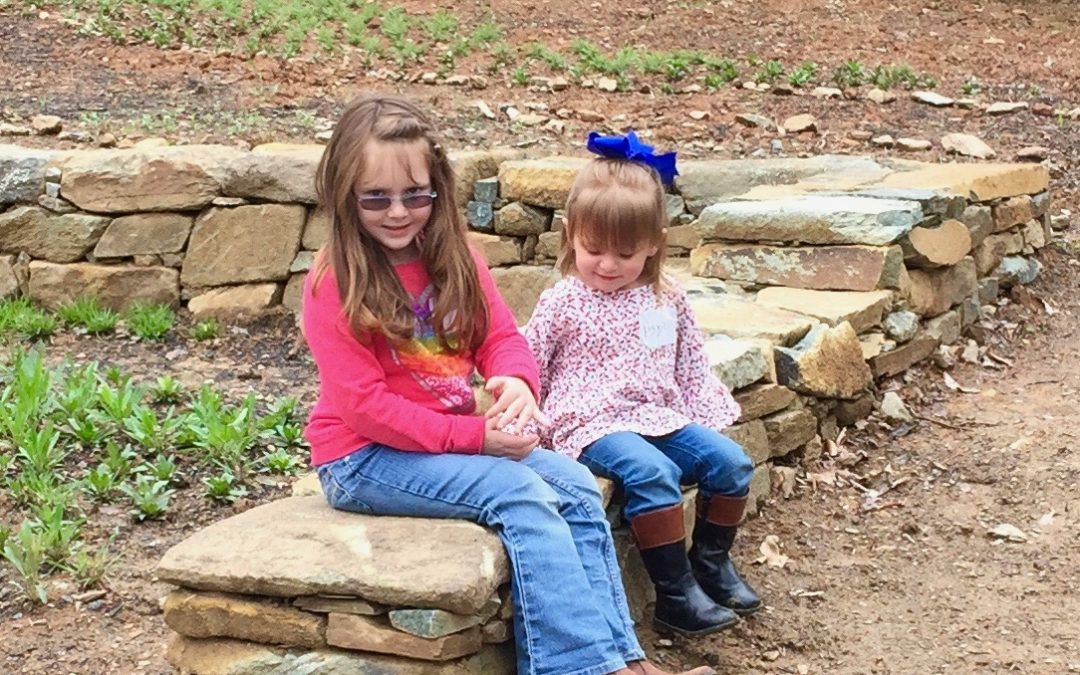 The Quarry Gardens project will probably never be “finished,” but the Visitors Center got close enough by our “Opening in April 2017” deadline to allow the brag that we’re “On Time and—even if not entirely—Under Budget.” The Visitor Center is finished, with paint and doorknobs in place, and the gardens are planted but for a few species yet to be sourced. Here’s a view of the substantially completed building: 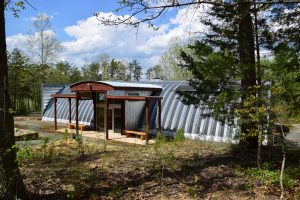 To come: Wall maps of the garden galleries, native plant exhibits, the completed model of the Nelson and Albemarle railroad, a geology exhibit, and a lawn grass research project.

On Sunday, April 23, the forecast rain held off for our open house to honor the Quarry Garden’s builders. About 50 architects, engineers, craftsmen, landscapers, and workmen came with their family and friends to see the completed Visitor Center, view the introductory audiovisual presentation, have a snack, and take a walk with Armand around the main trail. (Two of the family members grace the featured photo.) Below, Armand with tour group at the Viewing Platform.

In bloom for the occasion: dwarf crested irises, rue anemone, plantain-leaved pussytoes, among others. Devin Floyd found a new butterfly to add to the QG’s biota, a zebulon skipper. 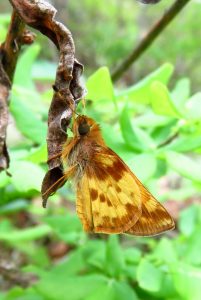 (Not to be outdone, Armand added a new species of his own, his first, discovered two days earlier—what Devin characterized as a “robustly large,” if still not very scary, worm snake.) 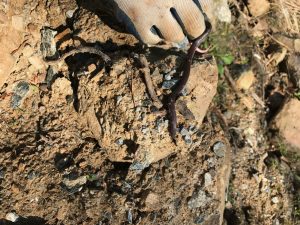 The final photo for this round is of QG mascot, Skyla, contemplating  the opening’s buffet. 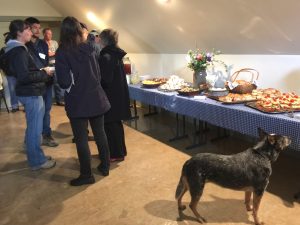 To book your own free tour, see the Visit section of the website, choose a date from the Events list, and RSVP telling us how many are coming. 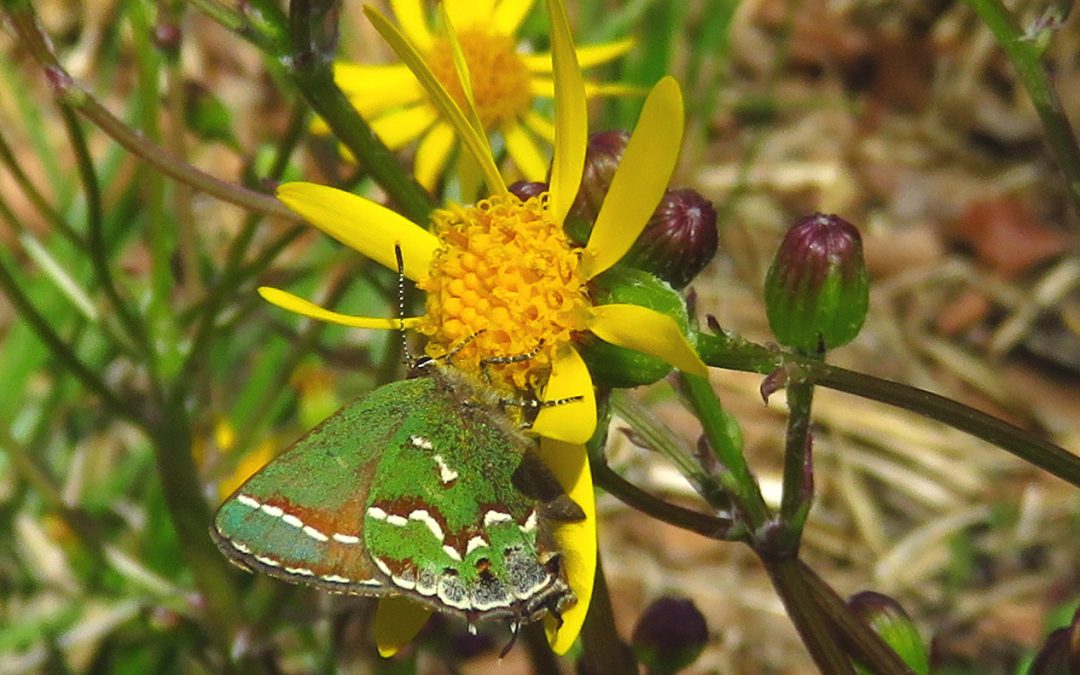 Devin Floyd wrote this post—unintentionally. It came, with photo, in an email following a visit to locate trails correctly on the garden map he’s drawing:

“The butterflies of the season are on full exhibit at Quarry Gardens. At the moss phlox and golden ragwort are juniper hairstreak, gray hairstreak, striped hairstreak, and likely a whole host of elfin species. Juvenal’s duskywing is the dominant butterfly puddling in the quarry loop gravel drive, and gemmed satyr dances in the Giant’s Stairs gallery among the bluebells and spring beauty flowers.

“Other species noted in passing were sleepy orange, eastern tiger swallowtail, American lady, spring azure, eastern tailed-blue, and questionmark. Eastern comma and zebra swallowtail are undoubtedly lurking. Alighting on boulders is the blue corporal dragonfly. Singing from the trees was the worm-eating warbler and a bald eagle screamed as it soared north above the stream corridor.

“I do love this time of year. The quarries have so much to offer, even when its galleries are just beginning to wake up. I especially like the dried Andropogon and Panicum stalks in the wind, and the blackened seed heads of flowering plants.”

Below is an American lady on mountain mint, photographed late last year. 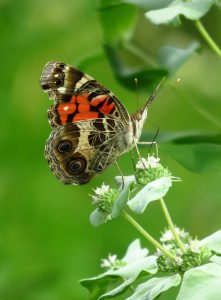 We progress rapidly towards opening day. Our “soft opening” will consist of hosting all the workmen and participants who structured the Quarry Gardens over the past three years, along with their families, at an event to be held on the afternoon of Sunday, April 23 (assuming the re-printed, then lost-in-FedEx invitations arrive soon enough). Regular tours will commence thereafter–see the schedule on the website and sign up for a particular (available) day and time. Finishing touches include construction of the keypad-controlled lift-bar gate, completion of the porch wings, installation of the Garden Shop cabinetry, touching up all of the paving, and sundry painting tasks and furnishing. The railroad display is coming along, but will not be ready in time for the opening, and a lot of the exhibits are yet to be installed, but it is getting close. Perhaps of greatest interest over the next two weeks will be to see how our 40,000-or-so new plantings have survived the winter.